Margit (rhymes with target) is a Los Angeles-based VO Actor. 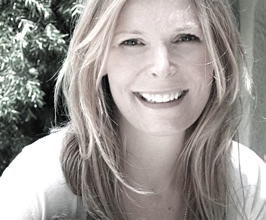 She has had the great pleasure of voicing countless commercials, promos, narration, animation, radio imaging, video games, and political ads on just about every network, most cable stations and on the radio for over 22 years. Some of her longest running campaigns have been for Build-A-Bear Workshop, Friskies, Jenny Craig, Barbie, Ocean Spray, and Serta as well as being the promo announcer for Playhouse Disney. You can even hear her voice on a monorail at Disney California Adventure Park.

Margit brings a playful comedic freshness, honesty, and warmth to her VO work. Clients like her versatility in that she can add or take out the rasp in her voice, as well as the ability to sound carefree and youthful or bring a mature gravitas to the copy.

She hails from the mitten state and is a proud graduate of Michigan State University (Go Green) with a degree in theatre/telecommunications. After a stint as a Madonna impersonator in a German amusement park, she moved to Chicago where she studied and performed improv with The Second City and iO (Improv Olympics), and honed her voice over skills. She moved to sunny California to escape the harsh Midwest winters and never looked back. Margit is married has two kids, two dogs, seven fish and is allergic to cats or she would have one of those too.

She has a dedicated home studio, which can deliver broadcast quality audio instantly via Source Connect, phone patch, MP3, WAV, AIFF, and a designated FTP site.